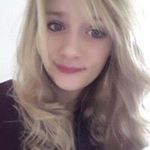 Did you know..sloths have a special kind of tissue that tapes their lungs to their ribcage...this lets them breathe upside down!

No questions to show